TEMPE, Ariz. — Kyler Murray never questioned his ability to play in the NFL.

But before the rookie quarterback stepped onto the field for the first time in an Arizona Cardinals jersey back in September, Murray wondered how long it would take him to adjust to the NFL game, especially its speed.

Not long, as it turned out.

“For me, I was pretty comfortable right off the bat,” Murray said. “… I always feel like I belonged.”

Monday through Friday, host Mina Kimes brings you an inside look at the most interesting stories at ESPN, as told by the top reporters and insiders on the planet. Listen

“To see Kyler’s maturation and the way he was able to perform this year, I think it’s a runaway for rookie of the year for him,” wide receiver Larry Fitzgerald said. “He’s Houdini back there. We have a really bright future here for this organization for a very long time. Good place to have him and try to build around him for years to come.”

Murray became the second rookie — joining Cam Newton — and only the sixth player overall to throw for more than 3,500 yards and run for more than 500 yards.

Murray’s numbers — 3,722 yards, 20 touchdown passes, eight games with multiple touchdown throws and a completion rate of 63.4% — were good enough to make him a Pro Bowl alternate this month.

“The things he did as a rookie quarterback are up there with some of the top rookies to ever do it at that position,” coach Kliff Kingsbury said. “I think we still feel like there’s a ton of room for improvement, so that’s exciting.”

He also set the NFL rookie record with 211 consecutive pass attempts without an interception and joined Newton as the only two quarterbacks in league history to throw for 300 yards in each of their first two career games.

That’s not to say it was all easy.

“I think it was Week 6 and I thought, ‘Dang, we still have 10 games left,'” Murray said. “Because the college season is ending right about that midpoint for us. But right after I said that, the season kind of flew by. The first couple of weeks felt long, especially because you have preseason and stuff like that, camp is also long. Looking back on it, it kind of flew by.”

When Murray takes a long look at his rookie season, he’ll see some areas he needs to change. He threw 12 interceptions, but half of those came in the final month. He especially struggled in a Week 13 loss to the Los Angeles Rams, coming off the team’s bye. Murray threw for just 163 yards with no touchdowns and an interception, and he was sacked six times.

“Next year, obviously, I’ll switch that up and do something different,” Murray said. “But I’m glad I went through it, because now I kind of have a feel for what it’s like to be in such a long season. I think I’ll be prepared for next year.” 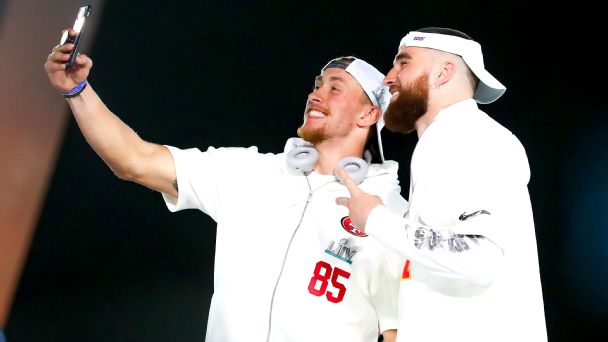 Murray will also continue to improve on producing with his feet. He was second on the team in rushing with 544 yards, but it was “a process,” Kingsbury said.

“The speed of the game is so much different here, and I really think there, for a while, it was just survival mode and trying to get away from things, and it was moving so fast,” Kingsbury said. “Now I think he’s getting out, seeing the field, things are slowing down for him, and he’s able to keep his eyes downfield and find some things going on. I have definitely seen that part of his game improve.”

Murray understands the attention that would come with winning rookie of the year, and doing so would be a “cool deal,” but Murray also said “winning is the most important thing to me.” At 5-10-1, Arizona didn’t do much of that in 2019.

“Going back and just looking at the beginning of the season, it’s tough to watch just because we were, in my eyes, really bad offensively,” Murray said. “We didn’t really have an identity, and it was tough to just put a drive together, just to get accustomed to the game and stuff like that.

“I really feel confident in what we’ll be able to do in the future.”

Aaron Rodgers sees 18th hole of career around the bend