RENTON, Wash. — The Green Bay Packers guaranteed a combined $36 million to Za’Darius Smith and Preston Smith at the outset of free agency in March. It was a lot of money well spent.

The Smiths combined for 25.5 sacks in the regular season, then four of Russell Wilson on Sunday, including a back-breaker on third down late in the fourth quarter that killed the Seattle Seahawks’ final drive.

The Seahawks might have to take a cue from the team that ousted them from the playoffs. They’ll have to do something to improve a pass-rush that generated only 28 sacks in the regular season, tied for the second-fewest in the NFL.

Here’s the double-whammy for general manager John Schneider: 17 of those sacks came from players who aren’t under contract for 2020. Jadeveon Clowney, Jarran Reed and Quinton Jefferson are among those.

“We’ve got to get guys to come back to us and all that,” Pete Carroll said while assessing Seattle’s defensive line. “It’s an important area for us. We didn’t get enough production consistently. At times, we were as good as anybody, but not with the consistency that we need. It’s so much better to play football when you’re rushing four guys, and you’re kicking butt. Everything works when you do that.” 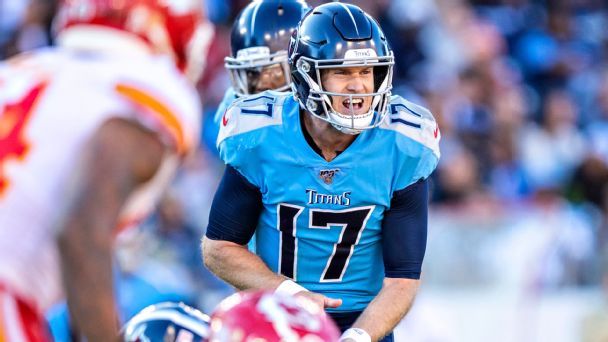 It wasn’t solely because of their pass-rush that the Seahawks were a bottom-third defense by most measures. They missed too many tackles, struggled against the run and got suspect play out of some of their defensive backs.

Then again, more heat on the opposing quarterback would have made life a lot easier for that group. The Seahawks had the third-lowest rate of pressure on opponents’ dropbacks, at 22.9%, per ESPN charting. They were 16th, at 42.8%, in ESPN’s Pass Rush Win Rate. That was with Clowney finishing fifth in individual PRWR, at 24.8%.

Clowney was the only part of the Seahawks’ plan to replace Frank Clark that worked. They hardly got anything from Ezekiel Ansah (another pending free agent) and even less from L.J. Collier, whom they drafted with the extra first-round pick they acquired in the Clark trade.

The Seahawks can’t tag Clowney and thus can’t keep him from reaching the open market, where his price could skyrocket, as he is one of the best available players at one of the most sought-after positions. It won’t be impossible to re-sign him, but it’ll be difficult.

After pulling off a blockbuster trade to acquire Clowney last summer, Schneider might have to do something equally creative and drastic to replace him. Even if the Seahawks are able to keep Clowney, 2019 made it all too clear that they’ll need more around him.

Here’s what else you need to know about Seattle’s offseason:

The rest of the free agents

That’s a combined eight UFAs on the offensive and defensive lines. Plus, center Joey Hunt and defensive end Branden Jackson are restricted free agents. Seattle has the potential for quite a bit of turnover up front.

Carroll said he’d like to see his offensive line remain intact, but that won’t be easy. Ifedi is better than his harshest critics believe and plays an in-demand position, so he could command big money in free agency. Fant said he wants a chance to start and mentioned left tackle. The Seahawks are set there with Duane Brown.

The Seahawks have the 27th overall pick. OTC projects them to receive three compensatory picks, which would give them eight selections in all. The round-by-round breakdown: one first, two seconds, one third, two fourths, one fifth and one sixth.

Eight selections would be double what the Seahawks had at the start of last offseason, so they might not have the same urgency to trade back in the first round, but their history suggests it’s still a strong possibility.

How much cap space?

ESPN’s Roster Management System has the Seahawks at more than $61 million in available 2020 cap space. That could grow with veteran cuts or restructures. Releasing tight end Ed Dickson would clear $3.4 million, for instance.

However, tagging Reed would cut into a good chunk of that $61 million. Cornerback Shaquill Griffin and running back Chris Carson are eligible for extensions that would increase their cap numbers, considering that they’re playing on inexpensive rookie contracts. Teams need to set aside some of their available cap space for their draft pool and in-season emergency fund.

That $61 million could dwindle in a hurry. But as the Packers showed, it might be enough to do something about Seattle’s pass-rushing need.