TUSCALOOSA, Ala. — Watching No. 3 Alabama do its best imitation of Arkansas in the first half Saturday against No. 2 LSU, the thought occurred that nothing lasts forever.

Watching Crimson Tide quarterback Tua Tagovailoa give away the ball twice, watching punter Ty Perine go stonehanded on a snap at midfield, watching Trevon Diggs’ interception negated because the little something extra that the Tide defense deployed was a 12th man, Alabama looked as if it had contracted a sudden case of Razorback flu.

You couldn’t be sure which torch was being passed: the SEC West, the entire SEC, or all of the FBS, but that torch felt like one more thing that Alabama decided to give away in front of 101,821 fans at Bryant-Denny Stadium.

Overreaction? Don’t forget: the last time the Alabama program played a top-five team, last January, the Tide was humiliated 44-16 by Clemson. In eight games this season, Alabama played only one ranked opponent, a Texas A&M team with a No. 24 ranking that proved to be, at best, optimistic.

Often, the end of a dynasty is seen only in hindsight. But when Alabama allowed LSU to score two touchdowns in the final 26 seconds of the first half and take a 33-13 lead into the half, there was nothing subtle to discern. The stately Saban manor on Playoff Boulevard looked like a fixer-upper purchased by those Gen X Orgerons.

That must have been what the LSU head coach meant when he gathered his players at midfield after the 46-41 victory that snapped Alabama’s 31-game home winning streak. “This is our house from now on!” Ed Orgeron shouted.

Tame, of course, compared to what we saw via livestream from the locker room. If the College Football Playoff Committee decides to match LSU and Alabama in a semifinal, Orgeron might wish his exuberance had not outkicked his reason, but, hey, the Tigers couldn’t act like they’d been there before: they beat the Tide for the first time in eight years. So cut Orgeron a big serving of slack.

As it turned out, Alabama deserves a more equitable assessment as well. The Tide settled down at halftime, returned to the field and played the quality of football that we’ve grown accustomed to seeing in Bryant-Denny for the past 12 seasons. That showed that the Crimson Tide hadn’t chucked its playoff dreams for a spot in the Liberty Bowl just yet.

Nick Saban made a pass at trying to explain how his team self-destructed.

“We seemed to be a little out of sorts in the first half,” Saban said after the game, “which, I’m responsible for the mindset of our team, so obviously I didn’t get that done with them.”

It is certainly true that LSU faced an Alabama team with one ankle tied behind its back. All credit to Tagovailoa for playing somewhere south of 100 percent physically. But the mistakes Tagovailoa made in the first half had nothing to do with any lack of agility he developed over the last three weeks.

In his first game back after throwing an interception into the Tennessee end zone, on the opening possession, Tagovailoa dropped the ball and lost it inside the LSU 5. He dropped it because he carried it like a loaf of bread in his left hand, far from the snug spot between arm and body recommended by Pop Warner coaches.

“Once we turned the ball over in the red zone, inside the 5, that kind of killed the spirit,” wide receiver Henry Ruggs III said. 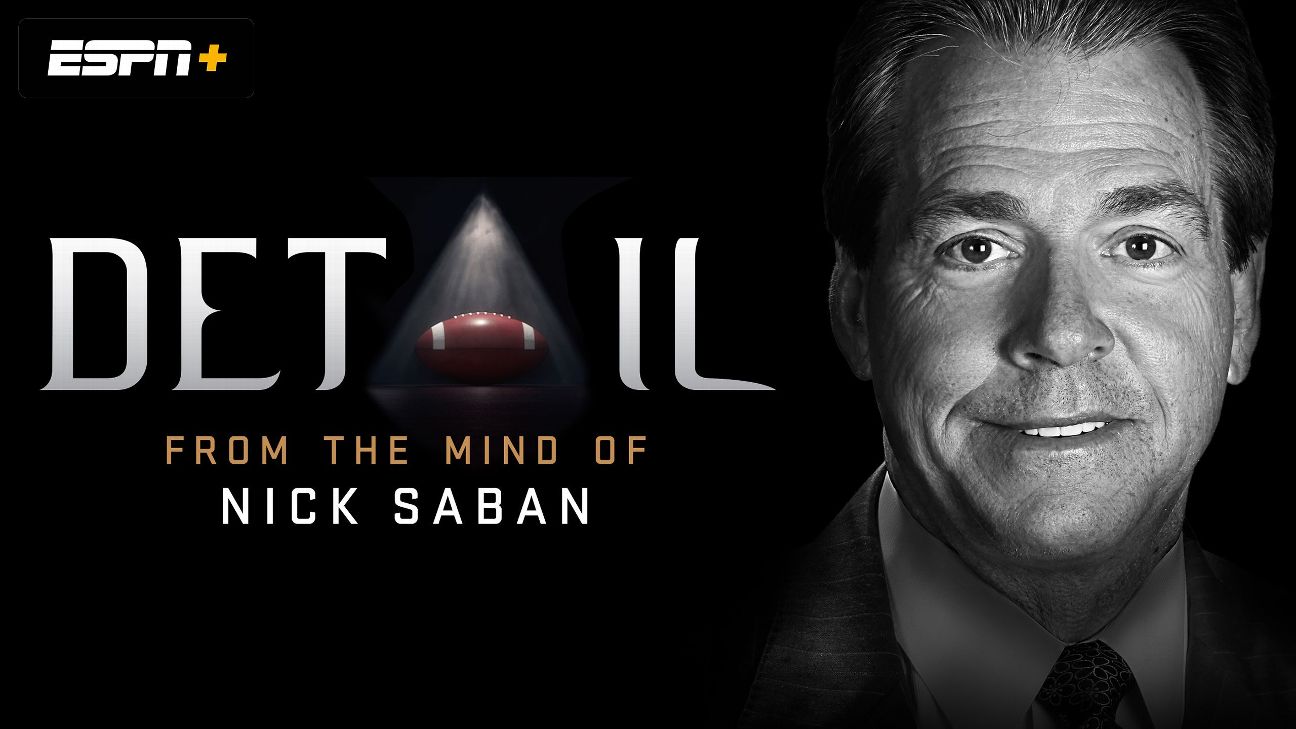 And in the final seconds of the first half, deep in his own territory, Tagovailoa threw an interception that LSU quickly converted into a touchdown.

“We came out really strong, and then had those couple of turnovers,” right tackle Jedrick Wills Jr. said. “It just kind of like, killed the vibe. We started putting our heads down. You can’t do that in a game like this.”

There are two points to make:

One, LSU is very good. Unless Joe Burrow gets hit by a bus, he likely won the Heisman Trophy on Saturday. The Tigers’ last three opponents — Ole Miss, Arkansas, and Texas A&M — have a combined SEC record of 5-12.

Burrow completed 31 of 39 passes for 393 yards and three touchdowns, slicing up an Alabama defense that played an uncharacteristic amount of zone pass defense. In an era when traditional powers have chosen the most untraditional path of starting freshman quarterbacks, Burrow has spent the season reminding everyone of the value of a talented fifth-year quarterback.

Burrow is making LSU look old-school, a team on which veteran players use their experience to dominate the big moments. Remember that? Experience has gone out of style in an era when the best players leave after their third season (one-and-done, meet three-and-flee), no matter how Kedon Slovis or Bo Nix change the national attitude about freshmen quarterbacks. An Alabama defense beset by injuries early in the season turned to youth, and Burrow had his way with them. Alabama gave up its most points in 13 seasons under Saban, the most points it has given up in 90 years in Bryant-Denny Stadium.

Two, generations of successful coaches who retire, from Ara Parseghian and Darrell Royal in the ’70s to Lou Holtz in more modern times, say that the more you win, the more that winning isn’t enough. It becomes mere relief that you didn’t lose. The pressure within the Alabama football building to continue the historic level of success under Saban is enormous.

If Alabama finishes 11-1, the Tide can make the case that they lost only to No. 2 LSU and that they lost with their best player at less than full speed. The problem for the Tide is that the loss to LSU will be Alabama’s worthiest credential. Unless Alabama gets a lot of help, it will miss the playoff for the first time in five years. That is no crime, at least outside of Tuscaloosa County. But it also will mark the first time in five years that Alabama will go consecutive seasons without winning the national championship.

No one is crying tears for the Crimson Tide. It’s more likely that the loss to LSU brought smiles in 49-and-a-half states. Alabama took a step backward against Clemson last January. The Tide took another step backward against LSU on Saturday. It may be no more than the natural order of college football, an order that Saban has defied for this entire decade.

Just remember that nothing lasts forever.