The NBA offseason is less than two weeks old, but it already has brought a decade’s worth of stunning player moves, the latest of which was the reported trade of Russell Westbrook to the Houston Rockets in exchange for Chris Paul.

All of these player moves have left fans shaking their heads — and staring at outdated jerseys in their closets. One of those “fans” is former Miami Heat star Dwyane Wade, who spent much of his final season, dubbed “One Last Dance,” swapping jerseys with fellow NBA stars. Now many of those stars will be wearing an entirely different jersey in 2019-20, as Wade pointed out in the aftermath of Thursday night’s trade.

All i know is my jersey swap collection is looking kinda bootleg since FA started 😂😂😂. In 20 years ain’t no one believing those players played in those uniforms❤️

Wade isn’t wrong. He swapped jerseys with more than three dozen different players last season, and at least 18 of them will be on a different team next season. Some of them — such as Tim Hardaway Jr. and Delon Wright — were traded before the season ended. But the real flurry of activity that has dated Wade’s jersey collection has come since June 30. 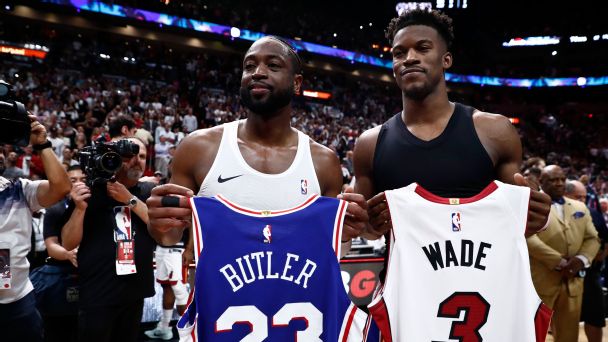 Wade swapped jerseys with both Chris Paul, who is being traded to the Oklahoma City Thunder, and Paul George, whom the Thunder traded to the LA Clippers earlier this week. 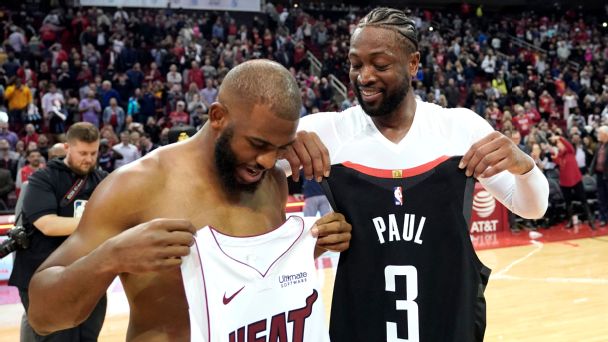 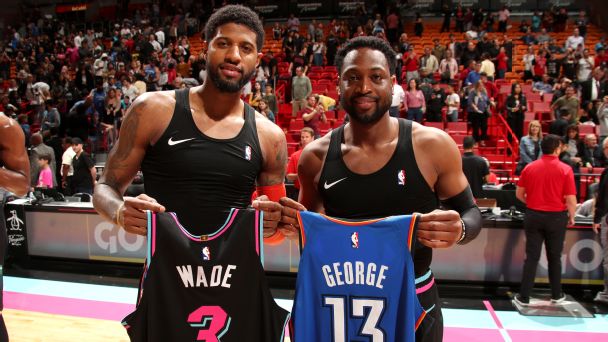 Wade also swapped jerseys with both Kemba Walker and Terry Rozier, who swapped teams this offseason, with Walker going to Boston and Rozier landing in Charlotte. 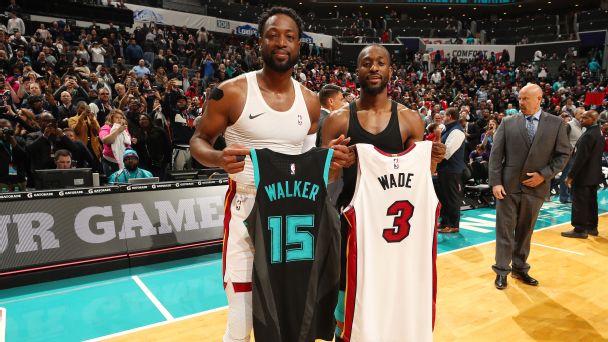 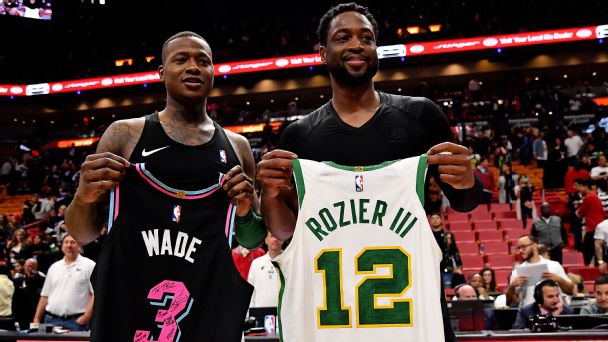 Wade didn’t swap jerseys with Kevin Durant — or any member of the Warriors, in the chaos that followed his unbelievable buzzer-beater to sink Golden State — but did swap with D’Angelo Russell, who headed to the Bay Area in the sign-and-trade deal that sent Durant to Brooklyn. 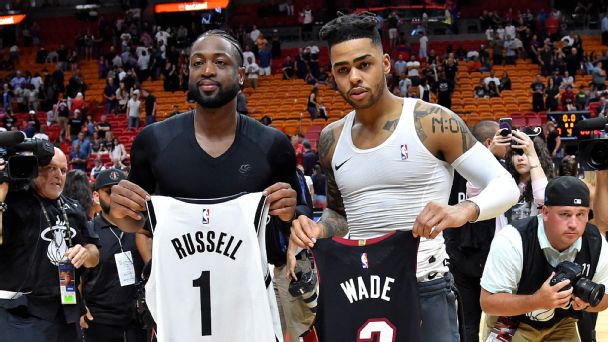 Among the other players who swapped now-dated jerseys with Wade are Anthony Davis, Jae Crowder, Isaiah Thomas, Mike Conley, Marcus Morris and Wayne Ellington. And while LeBron James, perhaps the most famous jersey-swap recipient, didn’t change teams this offseason, he is changing jersey numbers, going back to the No. 6 he wore when he was Wade’s teammate in Miami. 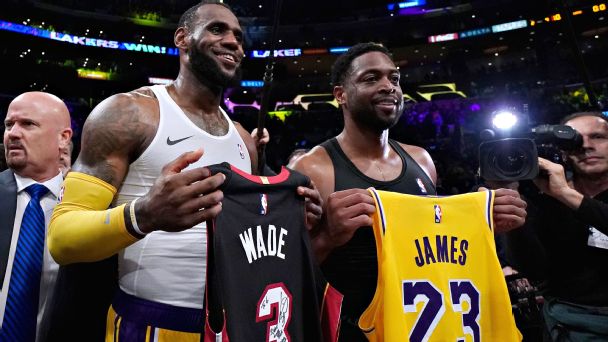 Fortunately for Wade, there’s at least one jersey swap that will stand the test of time:

Dwyane Wade gives his jersey to Bulls mascot, Benny, calling him a legend.