Can Alvin Kamara or Christian McCaffrey join the exclusive 1,000-1,000 club?

But there was nothing random about Craig’s message to the former Stanford star. It was a direct hit.

It’s a small team — as in two. Craig and Marshall Faulk are the only players in NFL history to record 1,000 yards rushing and 1,000 yards receiving in the same season.

Nobody has done it since.

McCaffrey came close last season, with 1,098 yards rushing on 219 carries and 867 yards receiving on a whopping 107 catches — an NFL single-season record for a running back.

Several backs today have a shot at the 1,000-1,000 club, with the two most prominent being from the NFC South in McCaffrey and the New Orleans Saints’ Alvin Kamara, who had 883 yards rushing and 709 receiving in 2018.

The Los Angeles Rams’ Todd Gurley and the New York Giants’ Saquon Barkley also are candidates. Each already has had a season with more than 1,000 yards rushing and 700 yards receiving.

“He will definitely get the 1,000-1,000,” said Craig, now the vice president and director for business development at TIBCO Software in the San Francisco area. “It’s in his DNA to make that happen. He’s got the tools. He’s built for it. His day will come.”

Here’s a look at the two NFC South backs who have a shot:

Playing time: Craig says because he was a fullback — which meant he blocked in addition to rushing and receiving — he played about 98 percent of the snaps. McCaffrey played 91.3 percent of the offensive snaps last season, far more than any other back. You have to be on the field for all three downs. While the Panthers are looking for a player who can do all of the things McCaffrey does to take some of the load off, they haven’t found one. McCaffrey spent the offseason getting faster and stronger than he was a year ago to handle the load. Of the other active backs, Barkley was the only one who came close to McCaffrey’s snap count last season, and he had 112 fewer.

“I’d say McCaffrey has the better shot because of volume. If you look at his touches last year and probably the past two years, McCaffrey has the opportunities and you’re pretty sure he’ll remain a focal point there even with some new receivers. I think [Alvin] Kamara’s workload could be similar to in the past, with Latavius Murray filling the Mark Ingram role, and the pure volume might not be there as readily.”

System: Craig played in Walsh’s West Coast system that relied heavily on an all-purpose back and a high-percentage passing game. Norv Turner’s offense at Carolina does the same thing, and Turner doesn’t mind leaning heavily on that running back. Pro Football Hall of Famer LaDainian Tomlinson had 339 carries and 59 receptions his rookie season with the San Diego Chargers, when Turner was the offensive coordinator. The system is particularly important to the receiving yards part of this equation, which is the hardest to complete. “I mean, Gurley, he gets keyed on a lot, and it’s tough to key on Christian,” Craig said. “It’s really hard because he’s so flexible and he runs such good routes.”

Other weapons: Craig played on a team with receivers Dwight Clark, Freddie Solomon and Jerry Rice in 1985. McCaffrey doesn’t have nearly as much proven talent around him in second-year receiver DJ Moore and third-year back Curtis Samuel, so the likelihood he’ll be fed the ball increases.

All-purpose skills: McCaffrey, as it has been well documented by experts, runs the full route tree better than most receivers. He can line up in the backfield, slot and out wide. He also is a solid runner between the tackles. Remember, McCaffrey broke Oklahoma State running back Barry Sanders’ NCAA record for all-purpose yards at Stanford, with 3,864 in 2015.

Biggest obstacles: Start with quarterback Cam Newton. While Newton completed a career-best 67.9 percent of his passes last season, his percentage was only 58.5 over his first seven seasons. He also is coming off a second shoulder surgery. For McCaffrey to reach 1,000 receiving yards, Newton has to be on his game. Craig lined up with Hall of Fame signal-caller Joe Montana — who had a career completion percentage of 63.2 — when he set the standard. Not having a lot of proven receiving weapons also could work against McCaffrey, because teams will be more likely to emphasize stopping him with double-teams.

Playing time: This is Kamara’s biggest hurdle, since the Saints like to use multiple backs. But when Mark Ingram was suspended for the first four games last season, Kamara played 82 percent of the offensive snaps. And through those four games, Kamara was on pace for a staggering 1,100 rushing yards and 1,344 receiving yards (as well as 24 touchdowns). When Ingram returned, Kamara went back to playing 59 percent of New Orleans’ offensive snaps. Ingram is gone now, but the Saints have replaced him with another veteran complementary back in Latavius Murray. 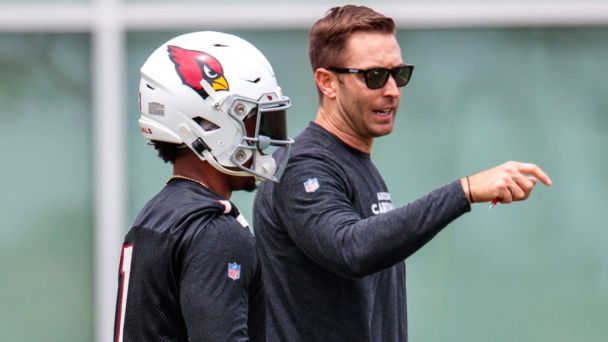 System: Saints coach Sean Payton also comes from a West Coast background and loves throwing to his backs. In 2017, Kamara and Ingram combined for a total of 1,852 rushing yards and 1,242 receiving yards. And dating back to his days as offensive coordinator for the Giants and Dallas Cowboys, Payton has had a running back catch at least 69 passes 12 times (Tiki Barber three times, Richie Anderson once, Reggie Bush twice, Darren Sproles three times, Pierre Thomas once and Kamara twice). Barber had 1,006 rushing yards and 719 receiving yards in 2000, even while splitting time with “Thunder and Lightning” partner Ron Dayne.

Other weapons: Last season, Kamara (81 catches) and wideout Michael Thomas (125 catches) were the only two New Orleans players with more than 35 receptions. The Saints added tight end Jared Cook in free agency. But they also lost Ingram, who caught a total of 175 passes over the previous four seasons. Murray isn’t expected to be as heavily involved in the passing game as Ingram was.

All-purpose skills: The Saints always knew they would use Kamara heavily in their passing game when they stole him in the third round out of Tennessee (where he also split time). But they admittedly didn’t realize he would be such an asset as a runner between the tackles. Kamara has averaged 5.1 yards per carry so far, and his carries vaulted from 120 as a rookie to 194 last season — in 15 games played. Kamara said he still feels like he has more to offer heading into Year 3. “That’s where the anxiety comes from with me. It’s not like a bad anxiety, but a good anxiety. Like, I’m so anxious to see, ‘What else? Where could I line up, what else could I do, how else could I be successful?'” Kamara said. “That’s like the best part of this profession for me. ‘OK, he was good last year.’ But how are you gonna prove that you are what you are? What’s the next step you’re gonna take?”

Biggest obstacle: Usage. The Saints obviously don’t want to use Kamara in quite the same type of every-down role as McCaffrey — which they proved by signing Murray to a four-year, $14.4 million deal. As good as Kamara was in that role for the first four weeks last season, he took a pounding. The Saints would prefer to keep him fresher, if possible. But that could change if injuries force their hand.