FOXBOROUGH, Mass. — Quick-hit thoughts and notes around the New England Patriots and NFL:

1. Coach Bill Belichick might have been tight-lipped with reporters at the NFL’s annual owners meetings in Arizona last week, but he was especially vocal behind the scenes on one topic he believes would benefit the game. He wants more time to work with players in the offseason, which struck a positive chord among his fellow coaches.

“I’m in total support of his position,” Seahawks coach Pete Carroll told ESPN.com. “There’s so much down time for these guys. I think there was a time when older players were bargaining for these breaks when they thought less was better. But these guys [today] love the game and want to be part of it. And we love coaching and helping them. 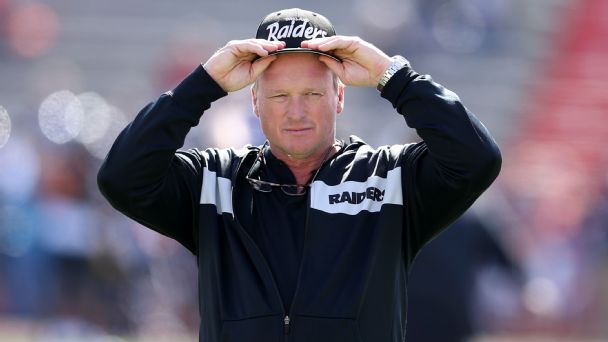 “The game would just be better if we were able to do that, and if we were in connection with them more, they would be healthier as well — we could monitor their well-being. You don’t even have to mandate that. Just give them the option.”

When the most recent collective bargaining agreement was struck in 2011, offseason programs were reduced by five weeks.

As for how the topic surfaced at last week’s annual meeting, it was described to me that the context of Belichick’s remarks came as coaches, general managers and others were being briefed on the successes of the league as it enters its 100th season. Belichick then passionately chimed in, and essentially said something along the lines of: While it is nice to hear good things, the focus should be on how it can be even better. One of the ways to do that, he said, was giving coaches more time with players.

“There’s so many positive things that could come out of it, in terms of development of young players, helping to really make sure these guys are learning the game and getting them ready for their opportunity,” Panthers coach Ron Rivera told ESPN.com. “Keeping players in a structured atmosphere, there are so many tools we have in terms of player development, it makes so much sense that the sooner we can get them and work with them, the better it will be.”

Given Belichick’s standing as a six-time Super Bowl-winning coach who enters his 45th NFL season, his advocacy on the issue was well-received.

“It has a tremendous amount of weight,” Rivera said of Belichick leading the discussion on the topic, while also crediting Kansas City Chiefs coach Andy Reid for taking a similar approach on league issues.

“He’s one of the soothsayers. He deserves that and has earned that,” Carroll said of Belichick. “He’s been very active, and we all appreciate it.”

2. Belichick’s leadership among coaches, and his efforts to unify them in different areas (e.g. such as spending extra time to come to a consensus on instant replay), was one of my biggest takeaways from being at the owners meetings. That also might explain why Belichick decided to take part in the annual coaches photo, an “opportunity” he usually declines. I came away thinking that while Belichick often scoffs at the way the NFL does business, and has zero interest in feeding any hype (e.g. he made minimal effort to be cordial to reporters at the coaches’ breakfast), his love for football is as strong as ever as he enters his 45th season. “Absolutely. When Bill grabs the mic, all of us are paying attention,” Saints coach Sean Payton said. “You’re not only paying attention to a Hall of Fame coach, but you’re paying attention to history and someone who is able to reference some things we haven’t gone through.”

3. The NFL’s rule change to allow offensive and defensive pass interference penalties to be reviewed, as well as non-calls, could be a step in the right direction to correct what happened to the Saints in the NFC Championship Game. But I left the meetings with more concern about the potential unintended consequences of the change after ESPN’s Adam Schefter reported that, under the new rules, the Patriots would have been penalized for pass interference on Brandin Cooks in Super Bowl LIII, with the ball spotted at the 1-yard line. To me, that’s not a clear and obvious foul on replay, and it makes me wonder if the change will spark more issues than solutions.

NFL’s Competition Committee also admitted the Brandin Cooks play at the end of this year’s Super Bowl would have been ruled pass interference, giving the Rams the ball at 1-yard line, per source.

4. With Greg Schiano’s abrupt resignation from a top role on the Patriots’ defensive coaching staff, here is a look at who’s left/hired on that side of the ball and their projected primary responsibility based on where they worked most last season:

Schiano was expected to play a leading role, with his expertise in the secondary potentially pairing nicely with Belichick’s work with the front seven. That leaves a significant void.

Also, there is the question of which coach will lead the defensive room, which was something Tedy Bruschi noted as critical because of the connection that has to be made with players. It could now create a scenario where Belichick takes on those responsibilities as well.

5. Belichick was in a tough spot with Rob Gronkowski, as he was respecting his space and giving him the time he needed/earned to come to a decision on his future. At the same time, Gronkowski’s uncertainty had a trickle-down effect on Belichick’s ability to build the team, which Belichick seemed to realize after unsuccessfully attempting to woo free-agent tight end Jared Cook. So it makes sense that Belichick reached out to agent Drew Rosenhaus after meeting with Cook, wondering where things stood with Gronkowski. As Peter King first reported, that led Rosenhaus to let Gronkowski know he should inform the team as soon as possible. Three days later, Gronkowski called owner Robert Kraft to relay his retirement, and then seemed to surprise the team by breaking the news to everyone a few hours later on Instagram.

6. Something to file away on Gronkowski potentially returning at some point in 2019: If he isn’t moved off the reserve/retired list by Week 13, he can’t return at all. That rule is in place, in part, to eliminate the possibility that a player could sit out all season and then return just for the playoffs.

7. One can’t help but feel sadness for former Patriots receiver Malcolm Mitchell, who finally made the decision to retire at age 26 after 10 knee surgeries. Our Thursday interview was raw and emotional, as it’s clear he is still coming to grips with having something taken away from him that has been such a big part of his life. The first thing Mitchell said was how appreciative he was that there was still interest in him and his advocacy work, even though he is no longer playing. Because of the quality of person involved, there was never any question about that.

8. While former Patriots character coach/team development Jack Easterby has been considering an opportunity with Carolina, I believe the possibility of joining the Texans is also something on the radar. In helping create a positive locker-room culture among players, Easterby’s approach provided a nice complement and balance to Belichick’s hard-driving, demanding demeanor. I could see his presence benefiting Bill O’Brien’s Texans in a similar way if that’s the way it ultimately unfolds.

What you need to know about the New England Patriots:

9a. The Patriots targeted under-the-radar free-agent safety Terrence Brooks early in free agency, inking him to a two-year, $4 million deal, and here’s something I learned at the owners meetings: Belichick became particularly impressed with Brooks after one Patriots-Jets game, and never forgot about him after that. I wouldn’t be surprised if it was a hard-fought 24-17 Patriots road win in 2017, when Brooks registered a quarterback hit on Tom Brady in a niche defensive role. In all, Brooks played 84 special-teams snaps against the Patriots over the past two seasons, and that projects as his primary role. But Belichick might also see potential to include him in some defensive packages.

9b. Devin McCourty on Brooks: “Having a new safety in the room, I’m sure will be great. We have a lot of older guys, and even getting Obi [Melifonwu] last year, some of the quirkiness and things he brought I thought was very refreshing. So I’m excited about that as well.”

10. With the calendar set to turn to April, keep this on the radar: The NFL preseason schedule shouldn’t be too far away from being announced (it was revealed on April 11 last year). A Patriots-Giants finale has been a lock each of the past 14 years, so why not make it 15? And perhaps more importantly to Belichick and the Patriots, it would always be a positive if there was an opportunity for joint practices with another club. Teams make requests to the NFL, hoping to pair up with certain coaches/programs with which they have an established relationship, and now it’s just a matter of waiting to see if the requests are granted.