The words reverberated in Todd Haley’s headset as he stood on the Pittsburgh Steelers’ sideline for the 2014 opener. The anxious voice in his ear belonged to Pro Football Hall of Famer Mike Munchak, the offensive line coach. New to the staff, Munchak wasn’t accustomed to Le’Veon Bell’s deliberate running style, which tested his patience and led to some early outbursts when Bell didn’t hit the hole as quickly as designed.

“Munch has been coaching the line forever, and played it, and he knows where the hole is supposed to be on each play — and Le’Veon was just sitting back there,” Haley, the former offensive coordinator, said with a laugh on Wednesday. “Obviously, Munch got used to it.”

Bell has a unique running style. He waits … waits … and waits before identifying a hole and attacking it. He plays on instinct, both as a runner and receiver, and it has made him one of the sport’s most prolific offensive players. The New York Jets invested a lot of money in Bell — a four-year, $52.5 million contract — and they expect him to bring that magic to New Jersey.

What you need to know about the New York Jets:

But the coach who knows him best — Haley — cautioned it won’t be an overnight process. There will be a transition period, he said, because Bell is a “feel player” who relies on perfect chemistry with those around him — mainly, the linemen and the quarterback. That, coupled with the one-year layoff because of his contract dispute, could result in early growing pains.

“It’ll take time. I don’t think it will be Game 1,” said Haley, who coached Bell for his entire stay in Pittsburgh, from 2013 through 2017. “Plus, with all the new guys, all the new guys up front, I think there will have to be some patience. I know New York. It’ll be like, ‘We got Le’Veon — here we go!’ I think you have to set the bar a little lower to start.”

Bell is a multipurpose weapon who should be a significant benefit to quarterback Sam Darnold, who tied with fellow rookie Josh Allen for the league’s lowest completion percentage on passes to running backs. (Darnold was 51-for-75, a 68-percent clip.) Bell said he wants to be a “security blanket” for Darnold, whose short-area accuracy should improve. More than anything, Bell can be a consistent threat as a runner, something the Jets haven’t had in a long time. They have had a different leading rusher in each of the past four seasons.

“We all know how he can help: He’s just a playmaker,” said wide receiver Jamison Crowder, another key free-agent addition. “He can catch the ball out of the backfield. He can run. He’s a playmaker. He’s going to definitely draw a lot of attention from a running-game standpoint as well as a passing-game standpoint. It’s only going to open it up for a guy like myself and for the other receivers and tight ends.”

In 2017, Bell averaged 3.09 seconds behind the line of scrimmage on his carries, the longest time by any running back with at least 100 attempts, according to NFL Next Gen Stats. It’s counterintuitive for a runner to wait that long for a crease, but it clearly works for Bell, who has rushed for at least 1,268 yards in three of his five NFL seasons.

Unlike the Steelers, the Jets don’t have an elite offensive line. If they can’t create a hole in three seconds or less, Bell will be swarmed in the backfield. It can be difficult for the linemen. Haley recalled frustration among the linemen in 2015, when Pittsburgh had early-season success with De’Angelo Williams — known for his quick-hitting style — and had to switch to Bell when he returned from a four-game suspension for violating the NFL’s drug policy.

“It takes a little time for those guys up front to get a real feel for how to block for him because it’s a totally different technique you have to use,” Haley said. “You have to almost stand up, be patient and don’t pick the hole for the back, like most times you do. You’re letting him find the hole by keeping your guy [at bay]. So I think continuity, all those things, will be critical.”

Haley said Bell likes to play “cat-and-mouse” games with the opposing middle linebacker. One of his fiercest rivals in the AFC North was former Baltimore Ravens linebacker C.J. Mosley, one of his new teammates. Another ex-Raven-turned-Jet, guard Kelechi Osemele, acknowledged there will be an adjustment period because of Bell’s unique style.

“I think the more under control you are, the better for the type of runner that he is,” said Osemele, acquired from the Oakland Raiders in a trade. “He’s a patient runner. He kind of likes to see holes open up before he really accelerates. More under control, that’s going to allow us to get our hands on guys and finish blocks as he accelerates through the hole. So that’s what I anticipate.”

Chances are Bell will draw more attention than he did with the Steelers. This is hardly a news flash, but the Jets don’t have a receiver the caliber of Antonio Brown, which means defenses could overplay the run. In 2017, Bell faced a loaded box (more defenders than blockers) on only 24 percent of his carries, the third-lowest rate in the league, according ESPN Stats & Information. That number will go up unless the Jets develop a dangerous passing game.

New coach Adam Gase hopes to make Bell a big part of the passing attack. Haley said Bell is such a gifted pass-catcher — 160 receptions over his final two seasons in Pittsburgh — that he could be a No. 2 or No. 3 wide receiver if he devoted his time to the position.

Interestingly, the Steelers didn’t feature Bell in the passing game. Most of his big plays came as the result of an impromptu, two-man game between Bell and quarterback Ben Roethlisberger.

A typical sequence: Bell blocked in pass protection and leaked out of the backfield, becoming an emergency checkdown for Roethlisberger. They were so good at it that opposing teams actually thought they were designed screen passes. In reality, it was two great players — with special chemistry — making something happen on their own. 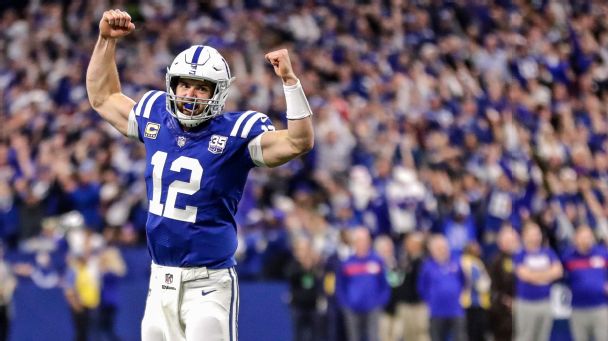 Haley didn’t try to deploy Bell in different positions because he said Roethlisberger wasn’t comfortable with those plays. Of Bell’s 85 catches in 2017, only five came when he was lined up as a wide receiver. (One resulted in a 20-yard touchdown, when he beat Ravens safety Tony Jefferson on a deep slant.) The vast majority of his catches — 68 — occurred out of the backfield.

It took years of work on the practice field for Bell and Roethlisberger to develop that rapport. Roethlisberger also has an uncanny QB radar system — the ability to see the entire field. It came with experience. Darnold has only 13 career starts, and he may need time to hone that quality.

“This is where the young quarterback will hurt [Bell] maybe a little bit,” Haley said. “Darnold does have some of that freestyle, ‘feel’ play, which could help, but Ben was so good. Even though Le’Veon was in protection and had an assignment to block a guy — he’d block and block and block — and he’d release at the last possible second. Ben just had such field vision that he could just dump it to him. Those were some of his biggest plays for us in the passing game.

“He’s a ‘feel’ runner, and he’s a ‘feel’ receiver,” Haley said of Bell. “I was there from the start, and it was a lot of work and a lot of practice between those two that helped build that.”

Bell is eager to get going with Darnold. There’s a lot of work to be done, and it begins April 1 with the start of the offseason program. Bell has a year’s worth of rust to chip off, and he has a new quarterback to learn.

“I know he has a lot of potential,” Bell said. “He’s a young guy. I’m just looking forward to coming in and being his, you know, security blanket, a guy he can rely on — and vice versa. The more time I’m around him, and the more practice we get together, the better our relationship will be. … I’m going to do everything in my power to make his job as easy as possible.”