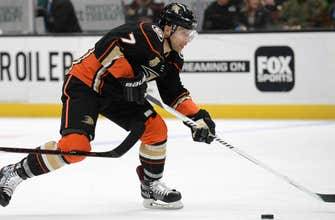 The Andrew Cogliano era with the Anaheim Ducks is at an end.

Cogliano, the owner of the fourth-longest consecutive games played streak in NHL history, is headed to Dallas in exchange for forward Devin Shore.

The trade was announced on Monday morning, hours after the Ducks dropped their 11-straight game.

Cogliano, has 11 points (three goals, eight assists) in 46 games this season. The durable 12-year veteran is among the NHL leaders with 19 short-handed goals since entering the NHL in 2007-08.

Shore co-led the Stars in game-winning goals (3) and ranked tied for seventh on the team in points.

— The Associated Press contributed to this report