COSTA MESA, Calif. — On a star-studded defense that includes the likes of Joey Bosa, Derwin James, Melvin Ingram and Casey Hayward, a little-known safety for the Los Angeles Chargers could be the key cog that helps slow down an explosive Kansas City Chiefs offense led by Patrick Mahomes.

The Chargers have used six defensive backs on a league-high 379 defensive snaps, allowing 5.4 yards per play, which is No. 13 in the NFL. They have allowed just 4.38 yards per rush overall, also No. 13 in the league. 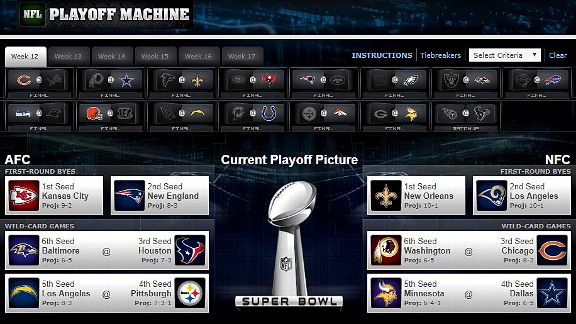 See what the latest playoff picture looks like and simulate your own playoff scenarios.
NFL Playoff Machine

Chargers defensive coordinator Gus Bradley said Phillips is one of the most cerebral players that he has coached — high praise considering that group includes Richard Sherman, Earl Thomas and Derrick Brooks.

That intelligence allows the University of Texas product to play several positions on the field.

On Thursday, the Chargers will need Phillips and the rest of the defense to help slow down a Kansas City offense that has recorded a league-high 87 explosive plays (runs of 16-plus yards or passing plays of 20-plus yards).

“First of all, he’s extremely intelligent,” Bradley said. “He can play strong safety, free safety, dime [linebacker] and nickel [linebacker] for us, and we’d feel extremely comfortable if he was in any of those positions.

“So that intelligence, he’s got a football IQ that is, to say compare him to anybody, he’s just one of the most elite guys in that area that I’ve ever been around.”

Phillips, 26, got an opportunity to play last year because injuries at linebacker forced Bradley to think out of the box, using a 5-foot-11, 210-pound backup safety as a linebacker in obvious passing situations.

By happenstance the Chargers turned a weakness into a strength, creating a hybrid safety-linebacker in Phillips.

The fourth-year pro has totaled 63 combined tackles, eight pass breakups and an interception in 474 defensive snaps this season.

“When I sit back and think about where I’ve been and how far I’ve come, it’s just all been a blessing,” Phillips said. “It wasn’t pretty. It wasn’t smooth sailing. There were a lot of nights that I was frustrated and trying to find my way.

“But to be where I’m at now, I wouldn’t change any of that because it made me the player and person I am now.” 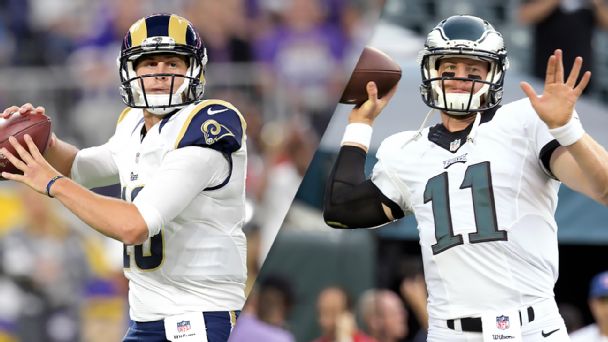 In the past, Phillips said, he might have passed up on plays that he doubted his ability to make. Now that he has more confidence in his ability, Phillip is making those game-changing plays.

“It’s just trusting yourself to make those plays, and when you get those opportunities, you either make them or you don’t,” he said.

On Thursday, Phillips returns to Arrowhead Stadium, where he received national attention a year ago when his wife, Camille, came down to check on him after he suffered an ankle injury.

Wanting to make sure her husband was OK, Camille made her way down to the field, and was later escorted off the field by team staff once she checked on Phillips.

Phillips said his wife is actually in medical school at Texas Tech studying to become a doctor, and will do her residency to become a pediatrician next year.

“Thinking back on it now, I’m happy that she did,” Phillips said. “It just proved that she’s in this thing 100 percent like I am, and she cares about my well-being. Just having a partner like that, who really cares about you and really loves you, you can’t ask for anything more than that.

“I’m so grateful that I have her in my life.”

There will be no repeat performance for Camille in Kansas City this year because she didn’t make the trip.

“She’ll have to watch from home this time,” Phillips said.