No matter what happens, we’re giving you one year of football stability.

Villanueva flipped that year on the practice squad into a starting role when Kelvin Beachum got hurt, then into a $24 million contract in the summer of 2017. 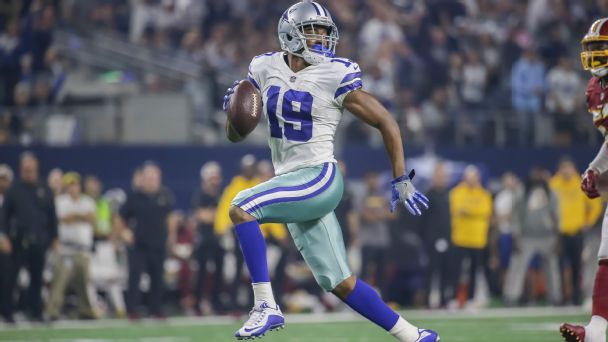 “Some teams view players as come in, come out,” Villanueva said. “Some teams actually develop and give a lot of chances. That actually gave me so much peace of mind. You press a little less.”

The “next man up” mantra permeates every NFL locker room, but the Steelers (7-4-1) believe their faith in every player minimizes the damage from big injuries. The latest subject cases are fifth-round rookie Jaylen Samuels and eight-year veteran Stevan Ridley, who will split time at running back while James Conner nurses an ankle sprain.

Guard David DeCastro expects them to succeed, mainly because he has seen this before.

“No one thought Conner would be able to step up and look what he’s done,” said DeCastro, who saw Conner rush for 12 touchdowns in Le’Veon Bell’s absence. “Three years ago, guys like [Fitz] Toussaint and [Jordan] Todman were running well in the playoffs. These guys aren’t college players who don’t belong. There’s a reason everyone is here.”

The Steelers churn their roster like everyone else, but those who survive roster cuts over the years have noticed a trend — once in the door, the chances of sticking rise.

Samuels is trying to launch a career and Ridley, a former 1,000-yard rusher in New England, is trying to re-ignite one. But the expectation for backups in Pittsburgh runs deeper than that.

Just ask Fort, who has been signed and released by six teams since entering the league in 2012 but has found a home as a substitution-package linebacker on passing downs.

“You know [the Steelers] are going to stay in-house most of the time, so when you’re working and training, you’ve always got that hope,” Fort said. “Living out your dreams is awesome. That’s always the end goal, but that’s hard to see when you’re in and out of the P-squad and third or fourth on the depth chart.”

That was the reality for Feiler, an undrafted free agent out of the football factory that is Bloomsburg University of Pennsylvania. But he caught the Steelers’ attention and slowly worked his way into backup-tackle status. Now, Feiler’s set to start his seventh game for right tackle Marcus Gilbert, and the offensive line has remained strong.

“It’s that feeling, that sense of them giving you more work really helped me move along and become who I am,” Feiler said. “That definitely gave me more fire to work harder this offseason.”

Behind a proficient offensive line, a top-shelf quarterback and elite playmakers, running backs can have success.

DeCastro knows the Steelers’ culture has something to do with that, too.

“Guys you’ve never heard of can become stars in this league really quick,” DeCastro said. “Doesn’t take too much. Speaks to the team.”